While the Women’s Liberation Movement was the most powerful and immediate force behind the 1970s campaign to set up refuges in England not all the women who joined the campaign were feminists. The movement attracted women from a wide array of backgrounds and political positions. Some were feminists before they got involved, some became feminists through their involvement with the movement, some never lost their dislike of the label.

The small group of founders from different refuges, described here, illustrates the movement’s broad appeal. Very different from each other, these women nevertheless shared a passionate commitment to the refuge campaign.

It was strange how it all started… During the period of the Women’s Liberation Movement we’d come together and said, ‘What we ought to do is open a Women’s Information Centre to help women’… So we got some premises and women came in for help with their children and getting money from their husbands. But the overriding issue we found was this sort of violence in marriage and we thought, ‘What’s going on here?’… and I thought, ‘Well, we ought to do something about this.’ 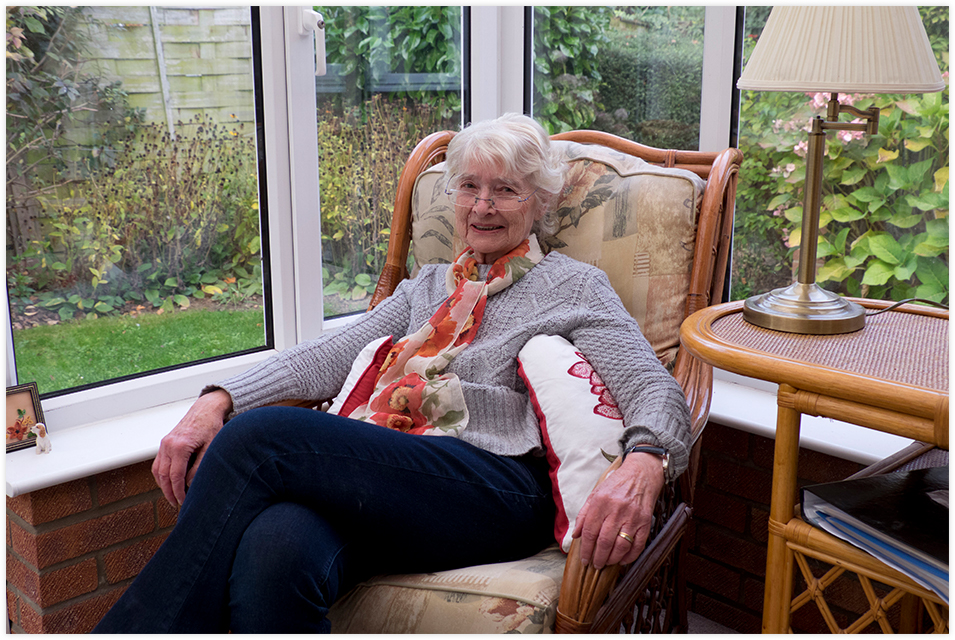 In 1975 Rita was married with a young family and saw herself as a housewife. Once women’s rights became a public issue, however, and a campaign for a refuge in Colchester got underway she emerged as a leading figure and when a building was secured she became one of the first refuge workers. In 1978 she left the Refuge to embark on a degree but continued to work as a volunteer. By 1984 she had graduated in history and in 1985 resigned from the Refuge. Today she has published twenty articles on local history.

The lady who called our first meeting was a member of Chelmsford Labour Party Women’s Section, but she involved women from other women’s groups to explore the possibility of setting up our own refuge… We weren’t based on being feminist… There was a wakening of the idea of women having stronger rights but we weren’t part of that particular movement, to be perfectly honest… The reason I was involved was, as a local councillor, I was asked to chair the first meeting. 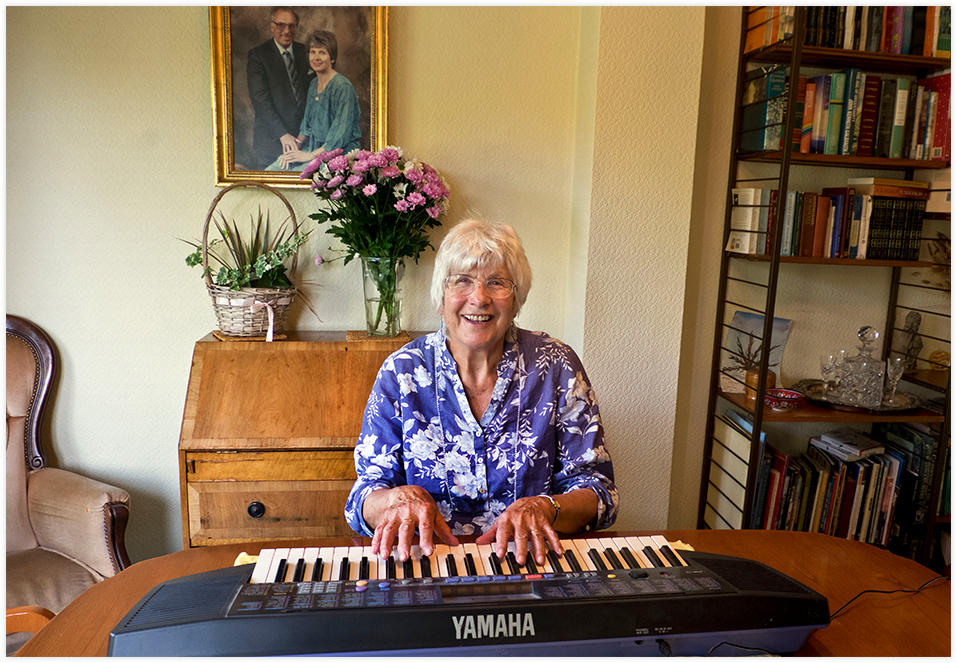 Joan qualified as a State Registered Nurse in 1962. She subsequently married and had a family. Politically active, she was elected as a Labour Councillor in 1973 and joined the campaign for a refuge in Chelmsford. When the campaign was successful she became chair of the Refuge trustees, a post she held from 1974 to 2004 with just a short break in 1979 to complete her midwifery qualification. In 1995 she retired from nursing but took up more voluntary work becoming a school governor for 12 years. She has now finally retired.

I had a friend who was involved in Newham Asian Women’s Project… I was a very young lawyer out… to champion justice and it seemed like a really good way to… give back… So I went along to a management committee meeting… I think I sat there for a whole year saying nothing… I had no clue about… how to run an organisation… I actually gave up work and spent the whole of my time… in the Refuge doing one project after another with [my son] in his little car seat. 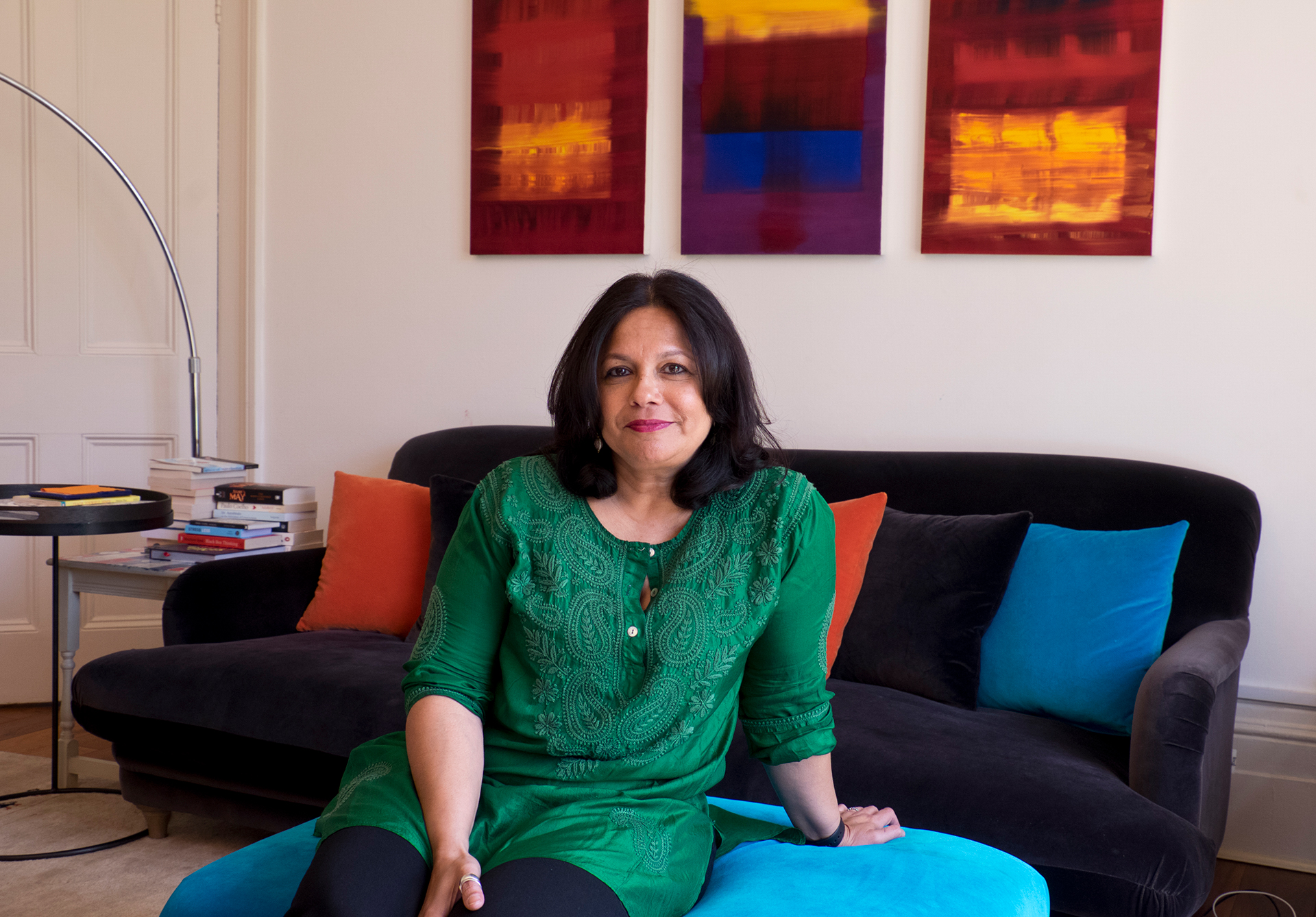 Susan was already both a qualified lawyer specialising in employment law and married with a child when she became a volunteer with NAWP during its formative years. After returning to paid employment she sat as an employment judge for five years, from 2003-8, before resigning to train as a mediator. Today she lectures on leadership and conflict resolution at the University of Leeds Business School. She also works with two health organisations devising management tools for General Practitioners. Her desire is to create ‘a little bit of peace in the world’.

In March ‘79 there was a huge attack on the rights… of BME communities [and] racist attacks in Newham. There was an organisation called Asian Women Community Workers Group I became involved in. We would talk about how feminism affected Asian women… We put together a proposal to the GLC Women’s Unit for a women’s refuge in Lambeth… the first Asian Women’s refuge opened in the country. As a result… we decided we needed something comparable in Newham. When I left in 1984… we’d got the building. 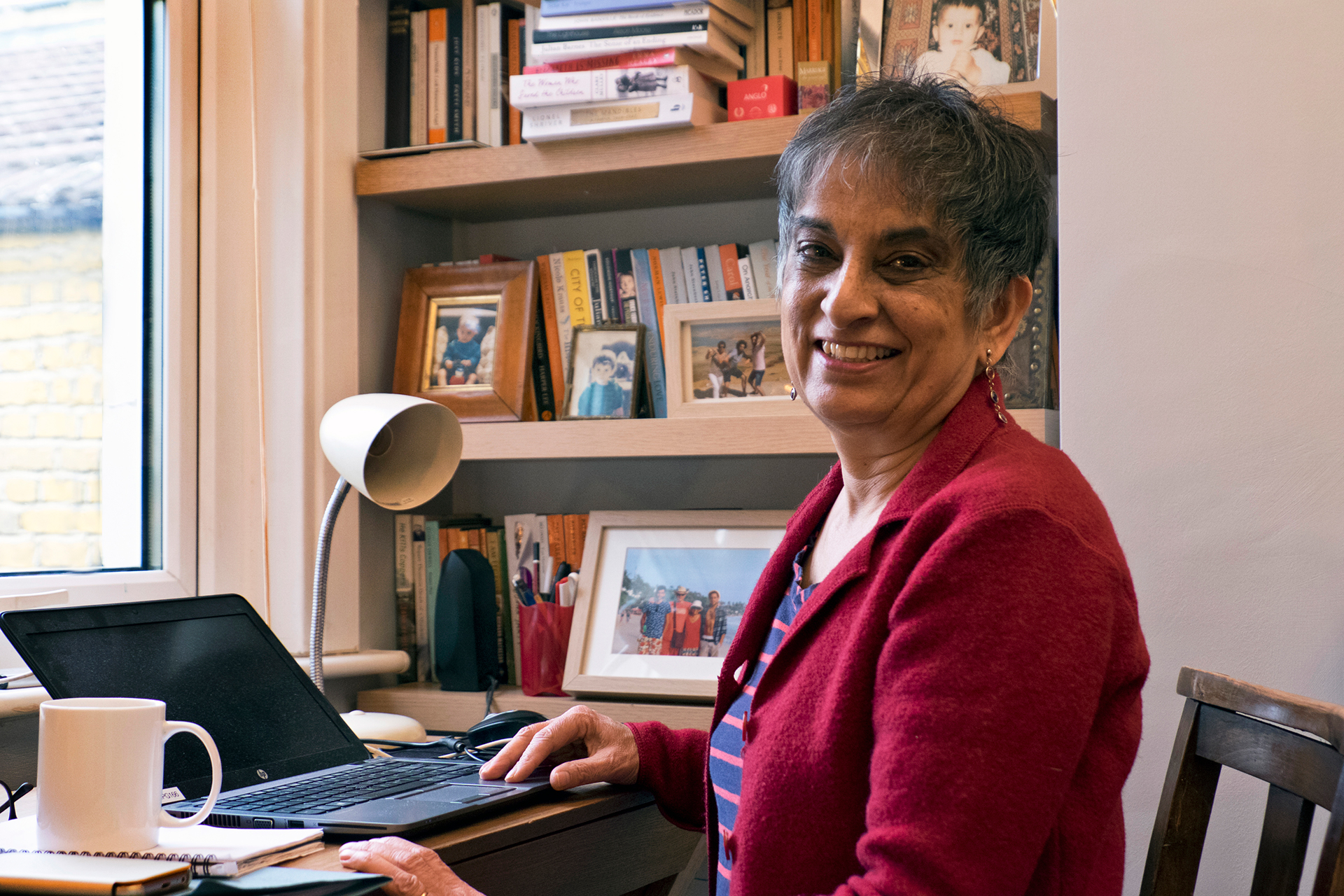 Gulshun had a strong sense of gender-related injustice growing up in a conservative Muslim family in Leicester. She was the first member of her family to go to university in 1975 where she became involved in feminism and anti-racist politics. After graduating, she moved to London where she helped to set up the first two refuges for South Asian women in Lambeth and Newham. For the last twenty years she has worked in Palestine, Bangladesh and India supporting gender and rights-based programmes against gender violence, child marriage and trafficking. She is married with two sons.

I met someone and she said, ‘There’s this meeting of the Women’s Liberation Movement. Let’s go.’ I didn’t feel a sense of excitement. I felt really uneasy and that this probably wasn’t anything to do with me… But it literally changed my life… It just spoke to what I’d been feeling and so I became an activist. Then someone came to the group and she wanted a discussion about whether we thought we might need a refuge in Norwich. It sounds ridiculous now but we really didn’t know whether we did or not. 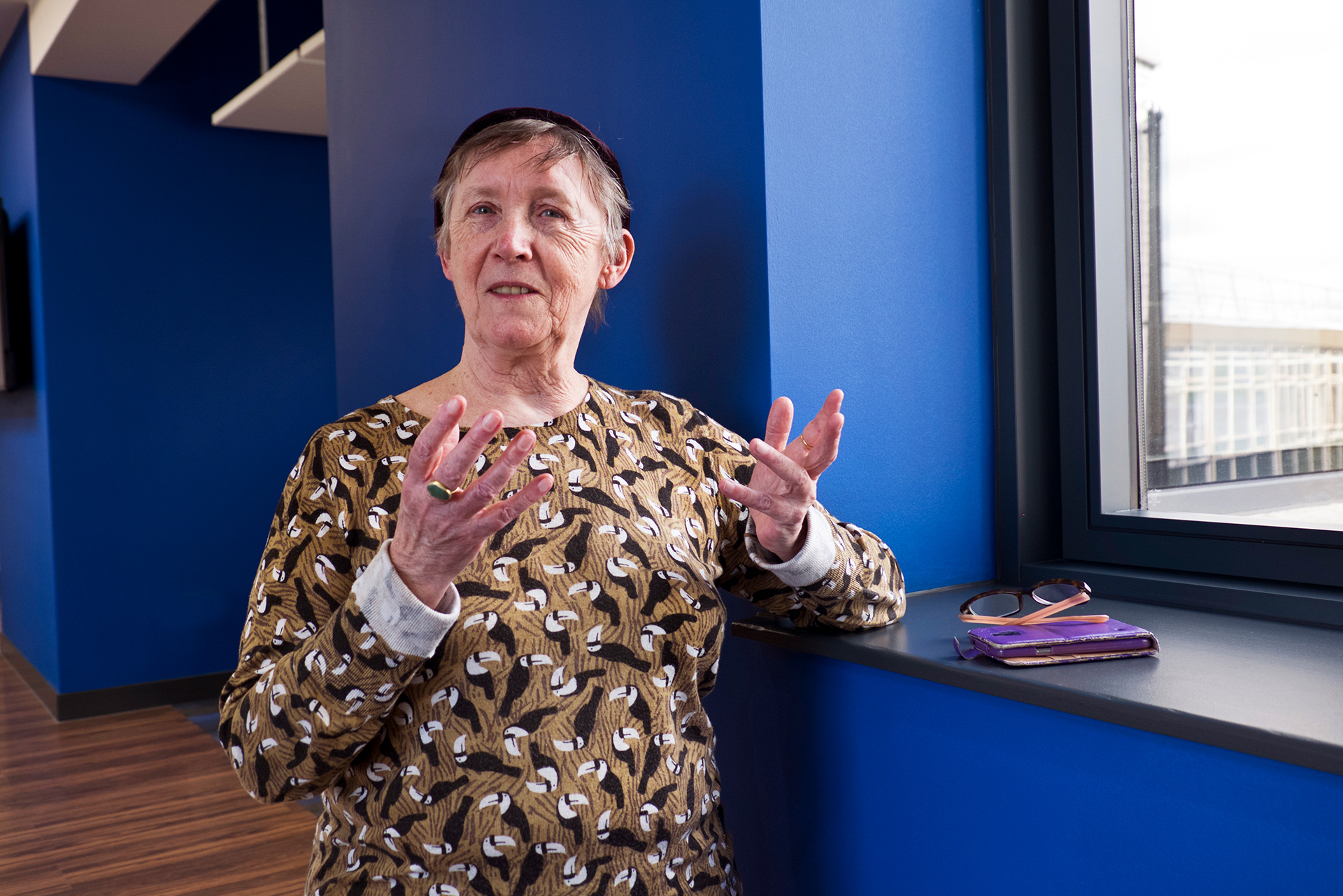 Liz became involved with the Women’s Liberation Movement as a young university wife and was soon very active in the refuge movement, becoming the East Anglian regional co-ordinator for the newly formed Women’s Aid Federation. She subsequently completed a BA, MA and PhD before setting up the Children and Women Abuse Studies Unit at London Metropolitan University. Now a professor she continues to head this unit and co-chair the End Violence Against Women Coalition. Over the years she has written extensively on domestic violence, rape and the sexual abuse of women and children.

In 1976 I read in the local newspaper that a women’s refuge had started up… I was at a fairly loose end so I phoned up and said I’d like to become a volunteer… Betty (the refuge founder) told me to come to a Monday night meeting. And I went. Half the residents thought I was a new resident and the other half didn’t know who I was. Then Betty turned up… and she’d forgotten she’d asked me! But anyway we sorted it out and I joined the committee. 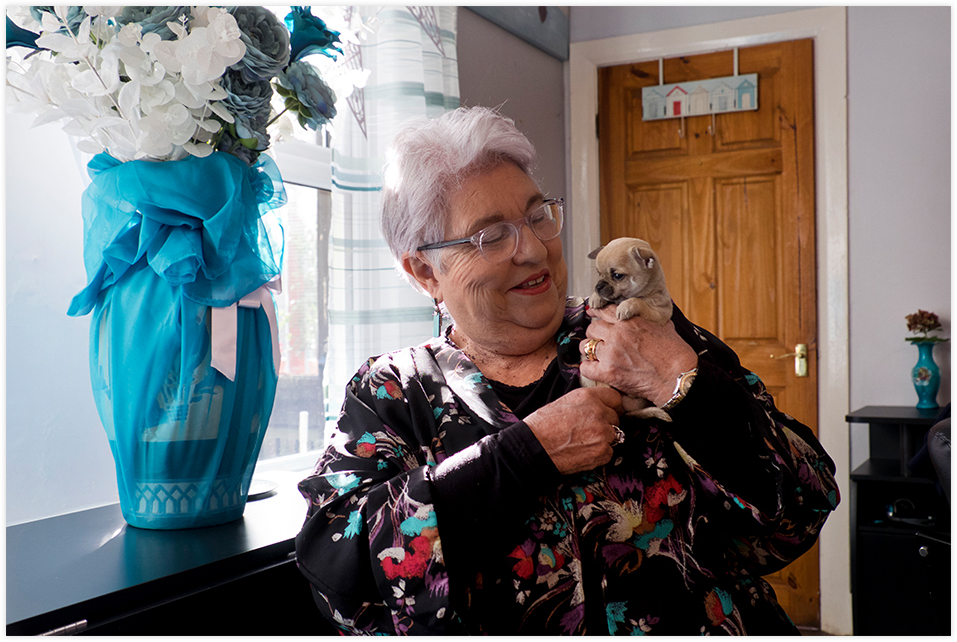 Married with a young family and working for the New Zealand Insurance Company Maggi started volunteering at Southend refuge in 1976. Increasingly finding herself at the Refuge when she should have been at work she left her job and became a full-time Refuge volunteer. In 1978 she got a paid post at the Refuge but soon had to revert to volunteering until new funding was secured in 1982. She then worked at Southend eventually becoming their CEO, until 2006, when she retired. In 2009 the Refuge experienced difficulties so Maggi returned as a volunteer for three more years. She has now retired finally.

Through the women’s element of CND we… set up a thing called Thurrock Women’s Action Group. One evening five or six of us went to the cinema and a group of men moved behind us and started to harass us. Everyone… could see what was going on and the cinema manager… came to see what the noise was. But no-one did anything… When we met again… we discussed that and it became evident that a lot of the group had experienced domestic violence… It was quite a shock that we’d known each other for quite a while but… never discussed anything like that. 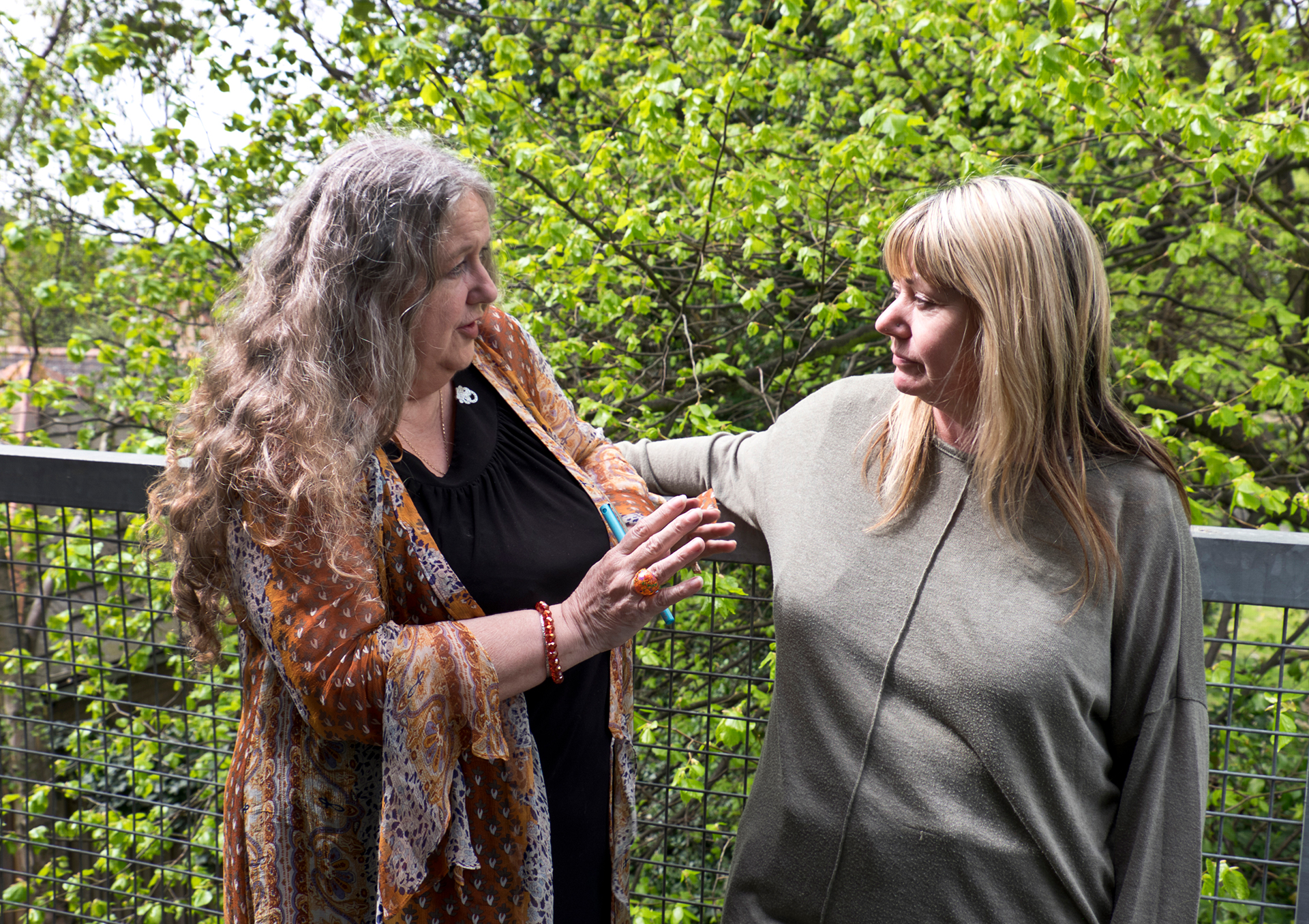 In 1978 Sheila was married, a housewife with a family and a member of Thurrock Women’s Action Group. In 1980 Maggi at Southend suggested they set up a refuge and in 1981 Thurrock Refuge opened. Sheila worked there as a volunteer until 1985 when she got a paid post. In 1988 she left to set up a Rape Crisis Centre, though the Centre and Refuge continued to work together. While working at the Centre, she took a degree in Women’s Studies. Today Sheila is the Centre’s CEO and sits on a government consultative group on sexual violence.

A committed activist since 1980, Lee at 17 was still living at home with her mother when she became a feminist. Shortly afterwards she became a founder member of Thurrock Women’s Aid. Later she became Chair of South Essex Rape and Incest Crisis Centre (SERICC) and since 1996 she has been involved with Rape Crisis at a national level, eventually serving for eight years as Chair of Rape Crisis England & Wales. Today she is a Trustee representing the Eastern region of the charity, while continuing to work as Operations Manager at SERICC.